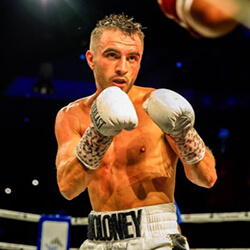 Jason Moloney, the 29-year old fighter hailing from Mitcham, Australia, has said he doesn’t care how big or strong his opponent is for his 25 June Bantamweight bout at the MGM Grand Casino. He says he cares not a jot for the man’s credentials, either, and it’s probably for the best because the height, names, and size of his competitors keep changing.

Moloney only discovered that he’ll be facing off against Leonardo Baez, a towering, rangy brawler from Mexico, this weekend. But he’s philosophical about the changes, saying that Boxing is about expecting the unexpected.

Moloney ranks in the Top Five Bantamweight and his twin brother Andrew is the World Boxing Association Super Flyweight champion. Both were given the green light last month to head over to Las Vegas for fights at the MGM Grand, with official permission necessary due to the strict travel restrictions in place between Australia and the United States of America due to the novel coronavirus COVID-19 pandemic.

Chicago Bantamweight Joshua Greer Junior was Maloney’s first scheduled opponent, but plans fell through when Moloney got matched with Oscar Negrete instead, a Bantamweight from Colombia. Greer Jnr and Negrete both stand at 163cms to Moloney’s 165. But these plans fell through when Negrete’s medical check-up over the weekend revealed a detached retina. The injury forced the boxer out of the fight and sent Top Rank promotors scrambling to find a replacement.

Baez is a 175 cm tall Bantamweight who’ll have to drop a division to meet the 53.5 kg mark.