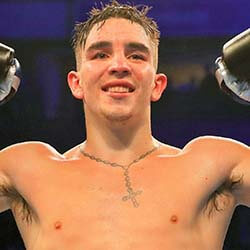 Irish boxer Michael Conlan says those who participated in manipulating boxing bouts at the Rio 2016 Olympic Games must be criminally prosecuted to the full extent of the law. Conlan fought in a highly controversial quarter-final bout opposite Russia’s Vladimir Nikitin – a bout now strongly suspected of having been manipulated in order to see Nikitin to a win.

Conlan said this week he believes he deserves to be handed the Olympic gold medal for the quarter-final bout after he had his Olympic dream taken away from him by sports criminals. He says that while he had previously made at least some sort of peace with having had his dream ripped away from him, he now has new hope of being given justice.

The Irish boxer, who was the No. 1 seed and reigning world champion at the time of the suspected fix, said he changed his mind about finding justice after ready the recent report by Professor Richard McLaren, who had conducted an investigation into corruption in amateur boxing in Rio. Conlan said that while it would be impossible to put a price tag on having gold in Rio taken unfairly away from him, he still craves justice and finality over what happened.

He also said that kicking those involved in the corruption out from the sport will not be enough in the long term. Since what had happened is nothing short of white-collar crime, Conlan said those involved should be charged as the criminals they are.