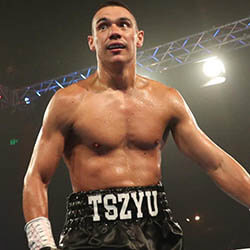 Tim Tszyu, 15-0-0, has yet to find a fighter that can beat him, possibly because his father is the Australian Boxing legend Kostya Tszyu. He stands as short as AU$1,50 with certain bookmakers to win the upcoming fight he’s scheduled for against Jeff Horn on the 22nd of April of this year, with the latter set at an AU$2.45 Outsider.

The winner of the upcoming match will not only earn bragging rights as our nation’s unofficial No.1 Boxer but will also more than likely land a shot at the World Title later on this year.

25-year-old Tszyu’s last victory occurred in December 2019 when he brought Jack Brubaker down in the 4th round of their fight which unfolded in the champion’s hometown, Sydney. Horn, however, also earned a win that month thanks to a Points Decision win over Michael Zerafa. But that was after he’d tasted defeat at the hands of the Victorian when they first bumped fist back in August 2019.

Tszyu has been quoted as saying that he is more than ready for the bout and laughed off the idea that he’s going to be out of his depth when he meets Horn in the ring. Horn, after all, is the man who defeated Manny Pacquiao, a man regarded by many as one of the greatest Boxers of all time, in Brisbane in 2017.

Although the fight’s venue has yet to be confirmed it’s rumoured that the Brisbane Exhibition Centre is the most likely option.