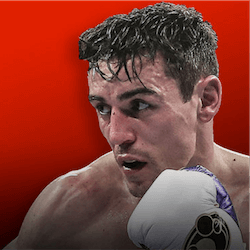 It’s an important bout for both fighters, as the winner will be practically guaranteed another shot at the world lightweight title, while the loser could be facing a career downgrade. Betting sites reckon the victory is likely to go Crolla’s way, offering the 30-year-old at around $0.40. But at under $1.80 on most sites, Burns is hardly a rank outsider, either.

Burns is the only Scot, and only the third British boxer in history, to win world titles in three weight divisions, namely super-featherweight, lightweight and super-lightweight. Having lost his WBA Super-Lightweight belt in a unification bout with Namibian IBF and IBO champ Julius Indongo in April this year, he’ll want the Manchester victory badly, to get back into championship contention in the lightweight division.

Crolla’s motivation will hardly be lacking either. His last two fights have ended in defeat: in September last year, he lost his WBA World Lightweight title to Venezuelan WBC Diamond champ Jorge Linares in front of the Manchester faithful, in a narrow but unanimous decision. Linares then won the rematch, also in Manchester, by a wider margin in January, so Crolla badly needs to treat his fans to a win.

He’s been optimistic at pre-fight press events, however, claiming that he learnt a lot at the hands of Linares, and that the consecutive defeats turned him into a better fighter. That’s all the reassurance that the punters backing him needed.