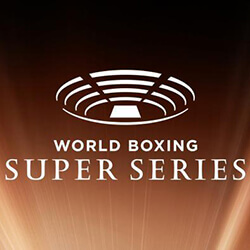 Over the next few days, George Groves’ hopes of taking on Callum Smith in the World Boxing Super Series super-middleweight final will be decided.

The IBF champion had long planned to make his stand at defending his title in a match against Smith, but after suffering from a dislocated shoulder, it remains to be seen whether he will be fit enough to be allowed to fight.

There were rumours that Groves’ injury might spell bad news for him, and force him to give up his hopes of a match against Smith. Some also believed that if he were to lose his place in the roster, Chris Eubank Jnr would take over. Kalle Sauerland, a promoter for the competition, believes this won’t be the case, however.

Groves hopes that he will be given more time to recover, but Sauerland insists that the tournament needs to continue as planned, and finish by the end of July, just before the second season of WBSS starts. The same verdict applied to the delayed match between Oleksander Usyk and Murat Gassiev.

The Usyk vs Gassiev game that was set to be played in Jeddah had been postponed due to an injury to Usyk’s elbow, and some believe the match might be pushed back enough to be played in the capital of Russia, Moscow. Sauerland has remained adamant that all matches need to be finished within this season, and is hoping that both injured boxers will be ready to fight in the upcoming next two months.