Lucas Matthysse Trainer Believes That Pacquiao Will Be Hurt 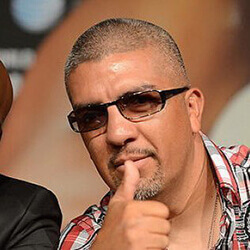 Joel Diaz, trainer of boxer Lucas Matthysse has told reporters that he believes Manny Pacquiao no loner has the same power he had when he was younger.

Diaz has instructed Matthysse that he must go all out during their next match, and his aim must be for a knockout. The Argentinian champion will be defending his World Boxing Association welterweight crown in Kuala Lumpur.

Although the two boxers possess the same fighting style, Diaz believes that too long in the ring could lead to some problems for Matthysse, which is why the trainer believes a quick knockout is the best way to deal with the opponent.

Diaz told reporters that he knows Pacquiao is the stronger fighter in many regards, and that there is no way that Matthysse could hold his own for too long, as the Argentinian is currently one of the world’s best. Diaz’s strategy involves precise timing; waiting for the right moment before attempting a knockout. He knows that his fighter will simply not be able to outlast Pacquiao in a draw-out match.

Many believe that Pacquiao is overdue for a knockout, and that his upcoming match against Matthysse is the perfect opportunity. The last time Pacquiao himself earned a knockout was in 2009 in a match against Miguel Cotto, where he managed to floor Cotto during the 12th round. Pacquiao has been fighting a long-term game in his matches ever since.