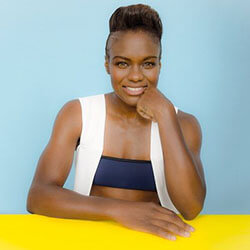 35-year-old Adams earned a total victory over the Mexican and will most likely be moving on to fight for a world title. Her latest victory is her fifth win so far in her career of five fights for the Olympic champion since she turned professional last year,

Frank Warren, promoter for Adams, had told reporters that the boxer could fight for the WBO female flyweight championship in coming months, which is currently held by Mexican Arely Mucino, which would be on the undercard of the fight between Carl Frampton and Josh Warrington.

Warren said that Adams is a championship, and that he hopes that she will be able to earn her title on the 22nd of December. Adams fight against Millan was her first real test, and despite her early promise to knockout Millan before the fourth round, the Mexican proved to be tougher than expected. Millan stood firm, and the two exchanged blows for over nine rounds, where Millan almost gained the edge over the Brit. But Adams’ final flurry proved too much, and she took the win on all three judge’s scorecards. The fight ended with a score of 96-94 for one judge, while the other two scored 97-93.

Afterwards, Adams explained that the rounds were hard, but they are what she needed to progress, and it was good to have the experience.