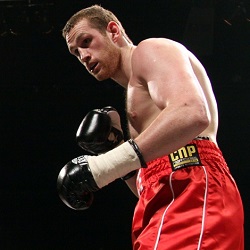 Olympic Bronze medal winner boxer David Price is hard at work training for a fight that will make him -or break him. He is set to go up against the undefeated Olympic Gold medal winner and former champ Alexander Povetkin. The bout is set to take place on the 31st of March, and will be part of the Anthony Joshua vs Joseph Parker card at Cardiff, Wales’ Principality Stadium.

Nobody in the boxing heavyweight division, outside of Deontay Wilder, has been more affected by his opponents making use of performance enhancing drugs:

And now he is set to face Povetkin, who failed two pre-fight drug tests in 2016, for ostarine and meldonium. The positive test results resulted in fights scheduled with Bermane Stiverne and Wilder getting cancelled.

Price is a big underdog in the Povetkin fight, and hopes that the fight will be undertaken on an even playing field, with two clean athletes giving it their all. He has stated that although he is expecting to get tested for drugs before the fight, he is unsure of whether Povetkin will. He added that he couldn’t see the event promoter, Eddie Hearn, sending the Voluntary Anti-Doping Association anywhere on his behalf.