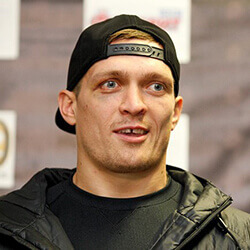 Oleksander Usyk has suffered an injury to his elbow during ongoing efforts to move the World Boxing Super Series from Jeddah over to Moscow.

In the light of his recent injury, the fight that had been arranged between him and Murat Gassiev and was set to be played in Jeddah, Saudi Arabia, has been postponed for the foreseeable future.

This has left many disappointed, as the fight between the two was predicted to be one of the most exciting of the year, especially as both fighters are coming off of entertaining semi-final bouts. These ended with Usyk’s defeat of Mairis Briedis, and Gassiev’s knock out of Yunier Dorticos. Many hope that Usyk’s injury will be healed soon, as the anticipation for this match continues to grow day by day.

Some have speculated that the injury isn’t legitimate, but is rather an attempt to have the venues changed. Although the fight was originally meant to be played in Jeddah, Saudi Arabia, the injury might force it to be changed to a different location. Many hope that the new location would be in Moscow, Russia, and that the timing of the injury is almost too good to be true for those looking to change the match site.

Despite the conspiracy theories, others believe that the delay may, in fact, be a good thing over all. It means that George Groves will have the extra time to recover from his own injury that he sustained in a fight against Christ Eubank Jr.