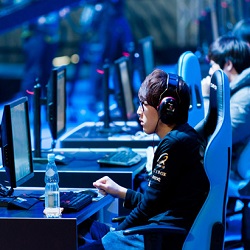 The emerging world of competitive video gaming, commonly known as e-sports, is generating a corresponding emerging betting market. Wagers on the outcomes of e-tournaments or competitions of any kind are becoming more and more common, and are considered by many insiders to be the Next Big Thing in online gambling.

Industry spokesman have gone so far as to call e-sports bets the future, and have said that existing bookmakers need to make sure that they do not get left behind. Up to now a large portion of the market has gone unregulated in Australia and the rest of the world, but this seems set to change now.

A good example of this is Valve, a Washington-based developer, announcing in July that it would take action against anyone found to be using its software illegally as currency. Many unregulated sites were forced to shut down in the wake of this, and it is expected to force many more legitimate operations to be established.

This can actually only be good news for e-sports bettors themselves, and the legitimate sites where they can legally place their bets. Aside from offering more betting options, regulated sites will be supervised by respected bodies, and will use detection software to keep track of suspicious activity and age verification processes, as well as running programmes to help individuals who are having problems in managing their gambling.

For the betting sites, this means that a good portion of the estimated $7.4 billion that the unregulated market was estimated by Eilers & Krejcik Gaming and Narus Advisors to earn in 2016 will be transferred to the regulated market. Not all of the profits will migrate; the intention with black market and underage players, for example, is to shut the operations down. However, Moritz Maurer, the head of e-Sports at London-based software developer Genius Sports, says that around $2.2 billion should move across without any problems at all.

The upshot of all of this is that a huge surge in regulated e-sportsbetting activity is expected, and established online bookies in Australia and all around the world are gearing up. Maurer has said that the tie to invest in e-sports bets is now, and many online bookmakers plan to grow their e-sports base much more aggressively than before.

New campaigns include marketing that is more geared towards e-sports betting consumers – mostly young men who do not enjoy sports spectating in the traditional ways. Certain online sportsbooks have even gone as far as re-designing their e-sportsbook sections to make them more familiar with what the gamers in their target population is used to.

A respected e-sports manager at an online betting site says that e-sports bettors are unique and need to be given their own playground. Now more attention than ever is being paid to doing just that, and adventurous bettors in Australia will love exploring everything that this new market has to offer.