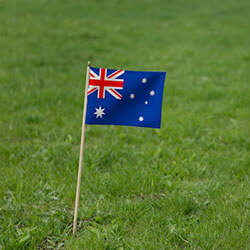 eSports has been taking the world by storm in the last few years, and it has started to take the spotlight away from other international sports. eSports began mainly in the Eastern countries, such as South Korea, or tournaments were held fairly often, and professional players were treated akin to celebrities.

But as eSports has expanded, so has its sphere of influence, and one of the countries that has seen a gradual shift in passion away from traditional to digital is Australia. According to experts, the number of eSports fans in Australia has doubled in the last two years, and almost all of those fans, (66%) are between 18 and 34, and mostly male.

The surprise here is that that demographic in particular has always represented physical sports by a large margin, and it’s been seen a sign of the changing sports passion among the Australian youth. Women, too, have seen growth in the professional eSports market.

It has been especially noted by traditional sporting organisations, as fewer and fewer people are attending Australian sporting events.

Some debate the legitimacy of eSports, and whether they should be stealing the thunder from other sports. Despite this, it’s been reported that eSports have already surpassed the viewership of more traditional sports. Many traditional clubs are now buying more into the eSports market, hoping to broaden their own viewership and grab the attention of more people in the current working generation.

As eSports continue to grow and gain larger international attention, it will put more of a burden on traditional, physical sports.