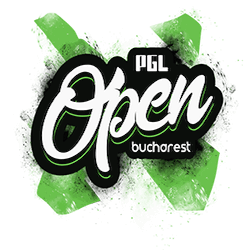 eSports enthusiasts and Australian betting fans should keep an eye on European team OG in the Bucharest Major in March, as well as Poland’s ESL One Katowice 2018 in February: the PGL’s two Dota 2 Major Championships kicking off the year. The team’s history and recent performance in the Bucharest Major Europe Qualifier could bode well for both gaming tournaments.

Ardent followers of eSports would have wondered why OG wasn’t on the original list of 10 teams invited to the 2018 Bucharest Major in the first place, given their record. OG have four Major championships under their belts, and Danish Johan ‘n0tail’ Sundstein and Ukraine’s Roman ‘Resolut1on’ Fominok are top talents that will be leading the team in Bucharest, come March 4.

At the Europe Qualifier from January 10-13, the team went undefeated to win every match 2-0, easily joining five other regionally qualified teams to take on the 10 invitees in the Bucharest Major, despite the initial snub.

Of the 10 teams invited to 2018 the Bucharest Major by the PGL based on their recent records, the one that appears most likely to thwart OG’s ambitions is Team Secret. Another European outfit, like many of the most successful team around the world Team Secret contains an eclectic mix of nationalities.

Veteran captain Clement ‘Puppey’ Ivanov is Estonian, Marcus ‘Ace’ Hoelgaard is Danish, Yazied ‘YapzOr’ Jaradat hails from Jordan, Adrian ‘Fata-‘ Trinks from Germany, and Yeik ‘MidOne’ Nai Zheng is Malaysian. They have seven Dota 2 championship wins in total, in a variety of tournaments, and are one of the most active veteran teams on the Dota 2 Pro Circuit.

While OG and Team Secret look like the two to watch, there are several other contenders that punters will want to keep an eye on through early rounds of the 2018 Bucharest Major, because they have the potential to cause upsets. All of them invited teams, they include Mineski, Vici Gaming, Newbee, Team Liquid, and compLexity Gaming.