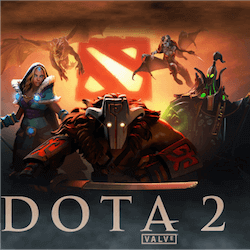 Computers continue to change the lives of Australian sports betting fans in various ways. Internet connectivity allows us to bet on a huge variety of sports online: something unheard of barely two decades ago.

But computer games themselves have also developed, to the point where multiplayer titles can now be titanic challenges between teams of real-time players attacking and parrying with finely honed skills. Already in 2013, more than 70-million people were watching e-Sports online, and the fan base has been growing at pace since.

Cyber-based betting sites have been quick to realise that e-Sports provide online action just as entertaining as the flesh-and-blood variety. They are now another option, alongside the traditional sports, lotteries and casino games. Punters who’d like to try e-Sports betting for the first time get their chance this Friday and Saturday, 21 and 22 July, when the knockout rounds and finals of DOTA 2 / DreamLeague Season 7 are played in Atlanta, USA. If you want to bet on this and other eSport events, check out CrownBet.

DOTA 2, or Warcraft for Serious Geeks

Casual computer game players will have encountered developer Blizzard’s Warcraft series of games, and the strategy-based spin-offs in the genre. Mods are modifications made to game titles that take the game as it was released, and tweak it to suit a specific purpose. In the case of DOTA 2, the mod has been adapted to suit multi-arena online battle play, or MOBA.

DOTA 2 is an upgrade of the mod Defense of the Ancients, which was based on Warcraft III: Reign of Chaos. As a MOBA, it blends action, role-playing and strategy games, so it plays like Warcraft, but souped up for die-hard geeks who consider the term an accolade, not an insult.

DOTA 2 features two teams, comprising heroes as avatars of individual players, each with their own skills and weaknesses built into the game program, although the player’s skill determines how effective they are. Players must defend their home base, while trying to destroy the enemy’s.

With the preliminary rounds of the 2017 DOTA 2 / DreamLeague complete, Friday will commence with the semi-finals, and the finals follow on Saturday. Punters should check recommended betting sites for odds on the four teams in the semis: Team Liquid from the Netherlands, Russia’s Vega Squadron, Planet Odd from Sweden, and Europe’s Team Secret.