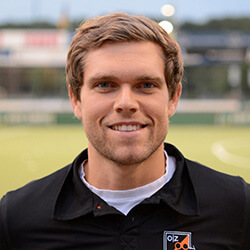 Goalkeeper Vincent Vanasch proved to be the secret ingredient for his team as Belgium beat the Netherlands 3-2 in the Men’s Field World Cup final for a match that has long been anticipated.

Vanasch helped Belgium to claim their first title when he forced Jeroen Hertzberger into a wide, and the attacker’s shot moved over into sudden death. The penalty shoot-out at the Kalinga Stadium came after both teams had failed to break through in normal time. The Netherlands had knocked out two-time champion defenders Australia in a memorable semi-final, while Belgium dominated England 6-0.

It was Belgium’s third major final after the Rio de Janeiro Olympics, and the 2017 European Championships, where they had lost to the Netherlands.

In the sudden death, Belgium’s Florent van Aubel, who was shooting first, scored what turned out to eventually be the winner, with the Dutch missing their only chance at saving the match. Despite this, world number three Belgium just narrowly missed the chance for victory in the shoot-out after Arthur de Sloover scored their fifth and last penalty shot – which was then disallowed, much to the dismay of the Netherlands team.

After the game, Vanasch told reporters that they have a good team, and that although it was always tough against the Netherlands, it was a beautiful end for them. He added that he was quite excited for sure – they had trained well for shootouts, and they great shooters, which is the strength of the team.