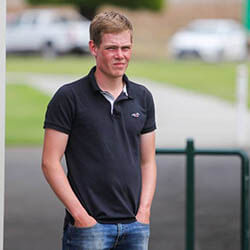 Ronan Short recently enjoyed the most successful day he’s ever had in the saddle as a Jumps Jockey and it went a long way towards fulfilling his dream of Riding on the Flat in Australia. The 23-year-old, who hails from Ireland, won three of the five jumps at the Casterton Racing Club on Saturday the 27th of June 2020. He did so with a 3kg claim on Britannicus, Mapping, and Woodsman.

His claiming-allowance weight will be lowered to 1.5kg in upcoming Australian Jump Races, but these wins are also significant for Short in other ways. This is because he wants to get into Riding on the Flat. He applied for his license to do so last year but Racing Victoria has decreed that he must outride his Jumping Claim first. His motivation for the change is that there are huge opportunities for Flat Riding in Victoria’s Western District.

Short brought up John Allen, a jockey who struggled to make a living in Ireland but has reached the top level here in Australia, becoming the kind of rider everyone aspires to be. He stated that he is simply focussing on keeping his head down, improving his riding to the point where he can improve his status.

Short has now ridden three of trainer Donald McCain’s winners in a four-year career that saw him taking part in 54 rides in Ireland. Short decided to follow Allen’s footsteps in the last half of 2018 and relocated to Australia in August of that year to ignite his career.