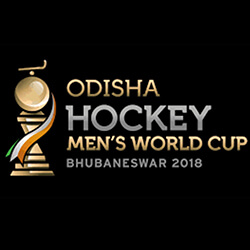 Odisha is preparing to host the 2018 Men’s Hockey World Cup, which will consist of a variety of appearances from famous Indian actors, actresses, and musicians. Actor Shah Ruhk Khan will be making an appearance alongside composer AR Rahman, and Chief Minister Naveen Patnaik. Bollywood actress Madhuri Dixit will be attending an inauguration ceremony for the tournament in Bhubaneswar, which has undergone extensive renovations for the upcoming event.

72-year-old Patnaik will be hosting 16 teams for the event, which will include team India who are to be sponsored by the state, and will last a total of 19 days. It’s also part of the state’s plan to increase their standing in the international team after they signed up to sponsor the national men’s and women’s hockey teams in India.

The state was host to the 2014 Champions, as well as the Men’s Hockey World League finals that took place last year, which was an overall success. International players will be competing at Kalinga Stadium, which has had its capacity increased to 15000 seats, and many are welcoming to the hockey games in a country that has otherwise been obsessed with cricket,

India, who are currently at number five in the international rankings, won their last world cup gold in 1975, and hockey enthusiasts are hoping that the national team will be making to the semi-final games before the end of the tournament, which Patnaik hopes will put the state on the map.