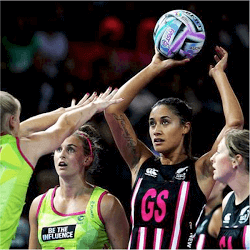 After an undefeated preliminary round, Australia has lost out to New Zealand in the grand final of the Fast5 Netball World Series.  In the world of netball, Fast5 is the action-packed netball equivalent of T20 Cricket. This highly physical game is played over 26 minutes and features hybrid rules with multi-point shots and power-plays. Each team consists of five players who traverse the court at astonishing speeds, showing off their skills in front of thousands of screaming fans.

At the Hisense Arena in Melbourne, Australia won their final preliminary match against South Africa by 31 points to 14. Their unbeaten run put them at the top of the log going into the Grand Final. Earlier in the day, the hosts took on England who they beat convincingly by 26 points to 20. On Saturday, Australia beat Malawi, Jamaica and New Zealand in a powerful display of true talent and determination.

Going into the Grand Final, Australia had high hopes of taking home the trophy as the only team to not have lost a game at the tournament. Speaking to the press before the game, the team explained that they were happy with their performance. They had played some tough matches and had crafted different strategies on the court to land them in the final. As the match got underway, the Australians burst out of the blocks with two early point goals from Caitlin Thwaites and Susan Pettitt.

By quarter time, New Zealand was able to hit back and level the match at five a piece. In the second quarter, New Zealand turned up the heat, taking advantage of the power-play and adding another 12 points to the board. After a bit of a struggle from both sides, the teams went into half time with New Zealand still ahead by five points. In the second half, neither side was able to gain the advantage. Another two three-point shots from Maria Tutaia, New Zealand went into the final quarter leading by 17 points.

In the final quarter, New Zealand continued to apply pressure on the Australian team who were unable to take advantage of their own power-play. New Zealand was able to hold Australia scoreless for the full final quarter while piling on another 8 points themselves. At the buzzer, the final score was 41 points to 16. This is New Zealand’s 6th World Series title, winning six out of the last seven tournaments.