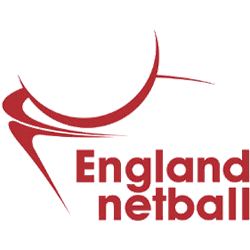 England has officially released their 25 players for their full time programme, which includes nine athletes of the squad that claimed bronze at this summer’s World Cup in Liverpool.

The Adelaide Thunderbirds player, who is 27 years old, had represented the Diamonds for two international Fast5 series events, both in 2014 and 2016, but remains eligible to play for England because of her dual citizenship. Shimmin will be joining Sydney-born Chelsea Pitman, 31 years old, who, in 2011, won the World Cup with Australia before she switched over to play for the Roses in 2017 after having qualified through her father, who was born in Yorkshire. Players unable to commit to the full-time programme can still participate in the English team via the ‘P3’ process, they include Rachel Dunn, Jade Clarke, Eboni Usuro-Brown and Kadeen Corbin.

36 year old Dunn, an NHS research scientist, used this route to take part in the recent World Cup, while Usuro-Brown, who won her 100th England cap during the same tournament, is a lawyer by trade. Clarke who has played in a total of five world cups, and is the most-capped England player of all time, was part of the team which saw Commonwealth gold in 2018.

Wing defence Beth Cobden returns to the fold after missing the tournament, along her Commonwealth gold-winning team-mate Jodie Gibson, who was absent for the whole 2019 domestic season due to injury.