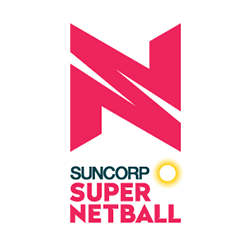 With less than three weeks until the 2020 Super Netball season, Netball Australia’s new Super Shot rule is causing uncertainty and confusion among members of the sport’s domestic teams. The rule basically allocates two goals as an award for a goal-landing shot when shot from a specific part of the goal-circle, and also only during the last five minutes of each quarter played.

Players say they’re more unsettled about the way in which the decision to implement the rule was made, than what they are about having to suddenly implement and play a brand-new rule. Sunshine Coast Lightning coach Kylee Byrne said no consultation was ever held with the members of her club, and that the club knew absolutely nothing of the rule beforehand. Byrne was quick to add that the team’s unhappiness should not be interpreted as their wanting to know beforehand every last operational detail. But something as big as an entirely new rule implemented only weeks away from the start of a new season should according to a general consensus among players, be run by every team first. Byrne describes the new rule as a curve ball thrown onto the path to the start of a competition.

But according to Netball Australia CEO Marne Fechner, the association isn’t unaware of or ignorant about how players are reacting to the new rule. The organisation has, in an attempt to gauge the collective opinion regarding the Super Shot rule, now commissioned an independent review of Super Netball as a sport.

The aim, said Fechner, is to “capture” the bigger player-voice of a collective Australian netball family.