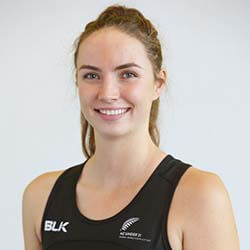 Silver Fern and star Pulse goal-keeper Kelly Jury could very well emerge the ultimate answer at goal defence during the upcoming ANZ Premiership, which is set to be contested on the weekend. The celebrated Silver Fern, who has played 24 tests for the national side, has mostly played goal keep all throughout her illustrious career. But since the absence of former captain Katrina Rore and Karin Burger means the Pulse’s defensive starting spots have been left wide open, Jury looks set for a change of scenery.

According to new Pulse coach Gail Parata, Jury is a real and actual option for the team at goal defence, despite her majority career positional run. It’s all about the combination as a whole, said Parata this week, who added that Jury also provided a “nice style” at the front end of the defense line.

After Jury was sent home as one of five players ousted from the Ferns’ training camp for failing to meet the stringent conditioning requirements, which effectively ruled her out for selection for the Constellations Cup, she went on to deliver an impressive performance for the Pulse during the pre-season. And it now seems this has not at all gone unnoticed by either coach or team.

It’s also clear that performing under par at fitness standards has been a strong wake-up call for the star goal-keeper. Jury is looking fit and ready after having put in the necessary work in the pre-season, said Parata, who added that the new position at goal defence would not have come about for the star netballer had it not been for the extra effort applied.