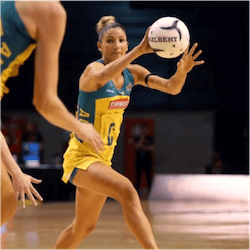 Based on their current world-champions status and international record, in the Diamonds, Australia has arguably the most impressive netball side in the world. Although many of those doing the arguing would be New Zealanders: the Silver Ferns are no slouches in world netball either.

If the Diamonds top the world with three Commonwealth Games gold medals and 11 wins from 14 Netball World Cups, the Ferns are demonstrably second, with two Commonwealth golds and four World Cup wins, including their joint victory with Australia in 1979. But that’s not the whole story: the Silver Ferns have also finished as World Cup runners-up eight times, having been relegated to third only twice in the tournament’s history.

To cut a long story short, online sports betting fans wanting a punt on netball will be looking for the supreme competition in the sport, between two of the game’s biggest rivals. That opportunity arrives on Thursday night in Auckland, with the start of the annual Constellation Cup between Australia and New Zealand.

Thursday’s opener is the first of four matches in the 2017 Constellation Cup, with the other three scheduled in Christchurch, Adelaide and Sydney. Held every year since 2010, the Cup has become another arena in which the Diamonds can demonstrate their dominance: Australia have won the tournament in every year except 2012, when the Silver Ferns pulled off a 2-1 upset.

The reigning world champions are the favourites to take the series again this year, although betting sites aren’t drawing a huge distinction between the two sides. Australia are offered at around $1.70 on most sites to win Thursday’s opening match, with New Zealand not exactly outsiders at $2.15.

Aussie online betting enthusiasts should take the New Zealand challenge seriously. Ferns coach Janina Southby actually has an embarrassment of riches on her hands in a rapidly developing team, and 48 hours before the match was due to start, she still hadn’t named her starting line-up.

Coming off an upset 57-47 win against the Diamonds in the Quad Series Final last month, the Ferns will be fired up for the opener. With Katrina Grant solid in goal defence, Southby has the luxury of three shooters who have been in great form this year: Maria Tutaia, Te Paea Selby-Rickit and Bailey Mes. Thursday night promises some closely fought netball action.