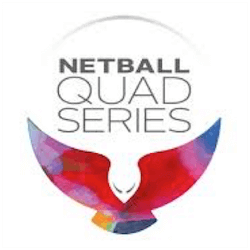 London will have the attention of international netball fans in January when the Copper Box Arena hosts the opening three test matches of the 2018 Quad Series.

Local fans in the Arena will be as interested as Australian punters online in the Eng vs NZ feature, but the Aussies will also be riveted on the first match of the test series: Aus vs SA.

The Quad Series, between four traditional sporting rivals England, Australia, New Zealand and South Africa, extends that rivalry into the netball sphere… in which Australian teams have shown themselves decidedly superior, punters will be happy to know.

Only inaugurated in August 2016, the Quad Series has proven popular enough for netball partnership SANZEA, its owners, to present two more in the intervening gap; the January 2018 tournament is the fourth edition.

New Zealand took the Quad Series for the first time in September 2017, at the third tournament. At both the inaugural tournament in 2016 and the January/February 2017 edition, the Silver Ferns finished runners-up to Australia. In August/September last year, they simply switched places.

England and South Africa have been even more consistent performers in the three tournaments to date, finishing third and wooden-spooners respectively every time.

Action Shifts from London to Johannesburg

Round 2 of the 2018 Quad Series resumes on January 22 at the Copper Box Arena, with Aus vs Eng.

England, the only side beaten in the series by South Africa to date (in September 2017), are remarkably confident going into both their opener against New Zealand, and their clash with the two-time champions, but the Silver Ferns and the Aussies may well still have the edge on the court.

Then with just a three-day break, Round 2 resumes a hemisphere away in Johannesburg. Ellis Park Arena hosts NZ vs SA on January 25, with Round 3 on January 28 featuring NZ vs Aus and SA vs Eng.