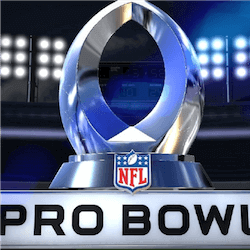 The 2018 Pro Bowl is set for January 28 in the Camping World Stadium in Orlando, Florida. Fans are rehashing the same arguments they rehash every year: does anyone even want the Pro Bowl?

As far back as 2002, as august a publication as the Wall Street Journal was questioning whether the all-stars game, with no direct relation to the regular NFC and AFC seasons or the Super Bowl, had any point.

In 2016, US sports journalist Rodger Sherman published a piece on football site SB Nation that claimed the NFL wasn’t really interested in the Pro Bowl, citing NFL commissioner Roger Goodell’s admission that there was no real return on investment for the body’s outlay on the game.

NFL, Players, Fans: All Have Issues

Sherman went on to point out the number of players who decline all-stars selection, despite the prestige it carries, as evidence that the players don’t want the Pro Bowl any more than the NFL does. Plus, he claimed, declining TV ratings showed that football fans don’t much care for it, either.

So why, Sherman asked, was the NFL putting on a supposed showdown between the best players in the AFC and NFC every year, if nobody cared?

He does have a point. The game has been somewhat unmoored, in terms of brand identity, since it left the Aloha Stadium in Honolulu. From 1979 to 2008, the stadium was the Pro Bowl’s permanent home, anchoring it as a key fixture in Hawaiian football.

Once upon a time, the Pro Bowl was also played after the Super Bowl, when the NFC and AFC champions no longer had a vital upcoming fixture to worry about.

But since 2008, the game date has been switched to a week before the Super Bowl; meaning players in the two conference champions aren’t eligible for selection for the Pro Bowl, because their teams need them uninjured a week later.

It seems pointless to have an “all-stars” line-up that can’t include any players from the two strongest teams in the game.

The 2018 Pro Bowl will still be an opportunity for online sports betting fans around the globe to put a punt on some of the finest gridiron players in the world; but the NFL needs to find it a permanent home and switch it back to the later calendar slot, if they hope to revive interest.