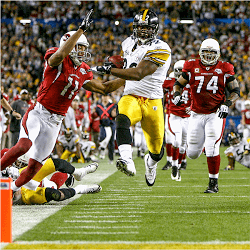 Gearing up for Super Bowl LI

The Super Bowl is an annual championship for the highest ranked American Football teams in the NFL or National Football League.

The Super Bowl does not follow suit accordance by naming annual championships in the year that they are played. Roman numerals are used to distinguish between the Super Bowl events.

The Super Bowl has become part of American tradition and culture, with the country almost coming to a complete standstill for the day.

Flooded by commercial intervals and grand opening/closing ceremonies, the Super Bowl allows for wagering dynamism that can be opted for from an array of reliable sports books.

Super Bowl LI/51 will be played in Houston’s NRG indoor stadium on Sunday the 5th of February 2017 at 6:30 pm Eastern Time.

Punters and sports enthusiasts seeking a live broadcast of the action will be delighted to know that FOX will be televising the event. For sports fans on mobile devices, FOX will offer live coverage of the game from their FOX Sports Go app.

The Patriots with their fierce and cement-structured line up remain Super Bowl LI favourites.

Super Bowl 50 saw The Broncos super charged, pulling a convincing victory out their hat, defeating the Panthers by twenty four points to a mere ten.

The Broncos were super charged all season, making similar headway to 2016 the Denver based team displayed electrifying performances and then it all disappeared.

Staring down the barrel, the Broncos sit further down the list than they have been for over a year now. The team are currently seeded at number nine according to AFC rankings. This bleak outlook gives the Broncos just a sixteen per cent chance of making it to the playoffs.

With ads costing as much as five million US dollars for thirty seconds of airtime in 2016 and 2017 set at the same rate, the Super Bowl intervals are a fierce and star studded battleground.

Punters from Australia will be delighted by the vast array of possibility that exists for wagering activities in the Super Bowl. From Live odds to commercial setup, the Super Bowl presents rich and diverse betting opportunities.

Lady Gaga is set to perform in the half time show again, after performing at last years Super Bowl.