Old Rivals Set To Face Off at Super Bowl 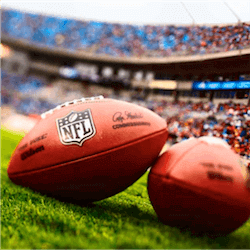 Old Rivalries To Be Settled At Super Bowl

With only one more game left before this year’s Super Bowl, which will be the 51st year of the event, there are exciting matchups to come already.

In contrast to the last division round that consisted of rematches, the Super Bowl will be pitting teams together that have not yet played against each other in the fall games.

There may be rematches in some sense as many teams have previously faced each other in Super Bowl’s past. For instance the Green Bay Packers could face off against the Pittsburgh Steelers in the final matches. If they did it would be a repeat of their 2011 game in Dallas. The match would literally feature the same coaches, quarterbacks and the same state.

This match was won by the Packers, a convincing 31-25, but that does not neccesarily spell doom for the Steelers. Both teams have had quite a lack lustre performance this year.

The Packers are currently on a 4-6, while the Steelers are not fairing much better at 4-5. One thing is for sure, both teams will have strong fan support as they are known for their faithful fans that come out in droves for their team’s matches.

Another face off of old foes will be the Green Bay Packers against the New England Patriots. The Packers have a history of powerful performances against the Patriots.

The Atlanta Falcons can potentially face the Pittsburgh Steelers in the finals. Their previous matches have favoured the Steelers, with only one match ending in a tie.

Another possibility is the Falcons facing the Patriots. This will pit star quarterback Tom Brady against the well admired defensive end Dwight Freeney.

Stage Set for the Super Bowl

This year’s Super Bowl will end at the state of the art NRG Stadium in Houston Texas. It features 80 000 seats, 197 luxury suites as well as a retractable roof and the second largest video screen in the NFL.

The city has also seen the available hotel space double, from 44 000 rooms in 2005 to 84 000 rooms this year. The favourable February weather is also set to draw massive crowds to this year’s event.

The city as well as the legions of fans are definitely ready to make this year’s Super Bowl a very memorable one. Lady Gaga has been tipped as the half time performer.