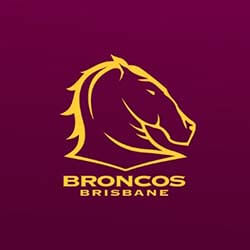 Brisbane Broncos have made the news again as Gorden Tallis issues a threat to some of the players. He has threatened to release the names of everyone that has been badmouthing their coach behind his back.

Coach Kevin Walters has received a lot of heat following a disappointing season, leading to rumors of an upcoming player rebellion against the coach. Several players have allegedly leaked information related to the coach to the media, and Tallis has threatened to oust them.

Currently, the Broncos are at the bottom of the ladder have only secured three wins this season. The team has been struggling on the field, but their troubles do not end there. It is alleged that Walter’s style of communication is confusing and full of mixed signals, leading to their poor play on the field.

Matt Lodge is currently waiting to find out if the team still wants him and whether he will be shipped off to a different club. Apparently, the story has changed a couple of times, leaving confusion in the locker room. This makes it difficult to play through games, especially when your head is on the chopping block.

Tallis is a former teammate and friend of Walters and has threatened to expose the rats within the club. Rumour has its three players and if they continue, they will be exposed. While everyone is bound to experience issues with their coach at some point or another, it is important to reach out to the coach and not run to the media.

Only time will tell if this threat will become a reality, giving the struggling team, even more, to deal with.