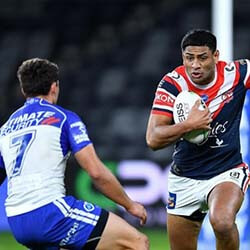 As a result of the pandemic, the NRL has announced that all New South Wales-based clubs will be relocated to Queensland to facilitate the rest of the competition. Mitchell Pearce has commented on this saying that it will play a role in the finals of this year’s series.

This announcement comes after Harbour City continues to report high numbers of Covid-19 transmissions. As a result, the competition has been moved to Queensland for the next month or so.

In addition to this, several injuries have pushed the Novocastrians to ninth position after 17 rounds. This means that the next few rounds will be crucial in determining whether they will be able to play in September. The next month has the Newcastle team facing off against some of the top teams, such as Rooster and Melbourne, but also has encounters with Brisbane and Canberra scheduled which have been dubbed “winnable”.

Pearce knows that the next month plays an important part in the rest of the team’s season. He knows that they are close to the eight and is happy to play wherever to ensure a great finish. This is tricky as the 8th and 14th spots are separated by only two wins.

With the Dragon’s potentially being left unable to play because of COVID-19 restrictions, the 7th and 8th spots are closer than ever should the team adapt to hub life. Pearce has added to this saying that the team that adapts to hub life best will reap the most benefit. He hopes that the Knights will be the team to do so.