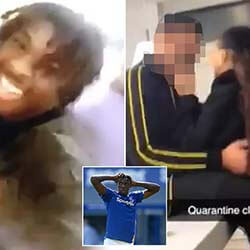 Following the events of last weekend’s footballer house party, the world of sport continues to voice their outrage and frustration at the blatant disregard for rules. This has brought the male and female divide in sport into the spotlight yet again.

What many people do not realise is that female sports stars have been jumping through hoops to ensure that they are still able to compete, while in contrast to this, their male counterparts seem to have no issue with ignoring the rules set out and taking their privileges for granted. Case in point, the NRL’s house party debacle.

Last week Super Netball found itself scrambling to relocated five teams before the borders closed to ensure that they were able to compete. This is not the first time the teams have had to quickly pack and fly interstate in less than a week. Each of these teams was promised certain things on arrival but received a completely different welcome. This is something many claim would not happen with the NRL or AFL. This includes extended periods of isolation of up to three weeks.

Swifts’ general manager Nikki Horton states that the AFL appears to be in the same situation with regards to timings and travel. The fact that the AFL has full-time athletes that receive good wages makes it easier for the teams to move around, whereas the netball teams do not have that luxury.

Netball players have been praised for their ability to power through uncertainty to ensure that they are able to compete.