Elijah Taylor Conned Out Of $350k By Agent 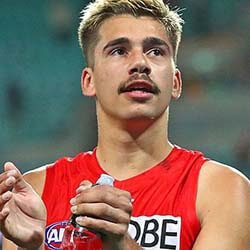 The former rugby league Test star scammed out of hundreds of thousands of dollars by an ex-agent is reportedly unlikely to see even a cent of the misappropriated money returned to him – even despite winning the legal dispute.

Former NRL star Elijah Taylor was reportedly scammed out of more than $350,000 by former manager and agent Ian Miles. And although a Christchurch court has now ordered Miles to pay a sum of $484,824 in damages, the fact that the wrongdoer has allegedly since his alliance with his one-time client been declared bankrupt, may mean Taylor might not see any of the money returned to him.

Taylor played a total of 11 Tests for New Zealand. Though only 30 years old, he has not yet managed to secure an NRL deal for 2021. Taylor in September became one of eight players terminated by the Tigers – along with Oliver Clark, Matt Eisenhuth, Robert Jennings, Harry Grant, Dylan Smith, Benji Marshall, and Chris Lawrence. Although at this stage still without a new home, Taylor will reportedly continue his career in England next year, with English Super League club the Salford Red Devils said to have shown an interest in acquiring his talents.