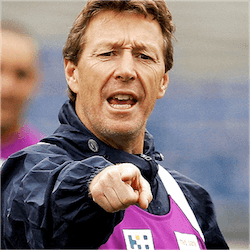 Craig Bellamy, Melbourne couch, has made a statement that he would like to see even tougher regulations and punishments for those found guilty of exotic NRL betting. This comes after the already well-publicised scandal that involved Tim Simona, which has caused a wave of controversy across the country.

Simona was recently accused of placing illegal exotic bets on NRL games, and may well face a lifetime ban from rugby, depending on the outcome of the hearing. The Simona saga started after an effort by the governing body to crackdown on the notorious exotic betting area, which is said to pose the serious risk of players purposefully manipulating the game in order to cash in. Many NRL professionals have stated the seriousness of the problem, and Bellamy was pulling no punches on his views of the situation.

Although Bellamy acknowledged the steps already taken to crack down on exotic NRL bets, he was quick to make clear that he feels more should be done, and that tighter regulations were necessary. He also added that he himself was not much of a punter, and that it was exotic bets in particular that were cause for concern. He called exotic bets over the top, and reaffirmed that they gave room for players to potentially manipulate a game in order to achieve certain results.

Looking at the particular bets Tim Simona has been accused of placing, it isn’t hard to see where the potential dangers lie. Simona had been accused of placed bets on which specific players would be first to score tries in a match. If his predications had come true, he would have cashed in. The danger is that players might potentially collude to ensure that this bet was a success. A very serious threat to the integrity of the NRL indeed, should such a thing ever occur.

Wayne Bennett, a couch based in Brisbane, made his own statement, replying to the question as to whether he thought the NRL was becoming too closely associated with bookmakers. Bennett stated that he disagreed any dangerous association had been formed, and added that rugby players were well educated about the realities of the situation, and that it was up to them to make good decisions.

There is no word yet as to what will become of Tim Simona, but many breathlessly await the outcome of his hearing. Some are already saying that Simona will be made an example of, and that harsh punishment will be dealt out against. But this is only speculation.