NRL Bracing Itself For Another Scandal 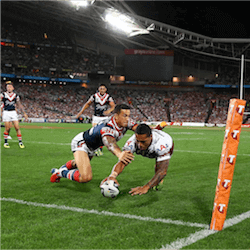 Then National Rugby League is bracing itself for another long-lasting scandal thanks to reports emerging that salary caps have been breached, spot-fixing has occurred, and money has been laundered across a number of clubs.

NRL Began Plans for its own Probe on Thursday

On Thursday the NRL started planning its own investigation into claims of salary cap breaches at Manly, an issue which was raised by Fairfax Media and the New South Wales Organised Crime Commission investigated match-fixing accusations from 2016.

The media report included assertions made against a number of unnamed NRL clubs, including contentions that top-up payments were made from teams to players, which goes against the contest’s salary cap regulations.

It is understood, however, that, thanks to the confidential nature of the investigation by the crime commission, the NRL will be limited to acting on its own findings, along with the possible help of smaller NSW Police reports.

It is also implicit that the NRL will not be launching any enquiries directed only at spot-fixing at any of the clubs, but will instead be following any of the trails that have been uncovered while studying the alleged salary cap breaches.

Not the First Time Play Occurs Under Investigation Processes

This will not be the first occurrence of the game being played underneath the cloud of these kinds of investigations: the Organised Crime Squad first made known that they were probing match-fixing allegations just over a year ago, but it was stated on Wednesday that no players were being charged with serious offences.

A Disappointing Loss for Andrew Johns

Andrew Johns, club legend, has stated that this is the most discouraging loss that he had seen. The ASADA supplements scandal concerning Cronulla lasted for over a year and half in 2013 and 2014, while the Parramatta salary cup sage crawled on for the first two months last season.

Meanwhile, the RLPA, Rugby League Players Association, moved to look after players if they were to be interviewed as part of the ongoing investigation, with the aim of certifying that all of the players would receive independent legal representation.

RLPA general counsel Tim Lythe urged everyone to respect the process’ integrity, and appreciate the work that the police and the NRL are undertaking.  He stated that any players taking part in the process would be protected by the help of independent representatives and wellbeing support.

“We encourage everyone to respect the integrity of the process that the police and the NRL are undertaking,” RLPA general counsel Tim Lythe said.