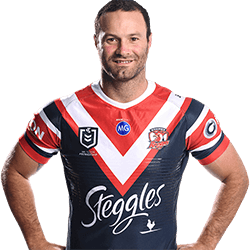 The NRL has confirmed having opened an investigation into the circumstances around the return of a possibly concussed Boyd Cordner to the field following a head knock during this week’s State of Origin opening match in Adelaide.

Cordner, who captains New South Wales, left the field looking groggy and dazed after colliding head-on with an opponent while making a tackle. He furthermore also needed assistance from a trainer in leaving the field – only to return only 15 minutes later claiming to be ready to play after passing the prescribed head-injury assessment.

What is of enormous concern to the league is the fact that the NSW captain has a history of severe concussions – causing him to miss several games this year so far. Though in danger of missing Origin I, he was picked to play regardless. He has however vehemently defended coach Brad Fittler’s decision to bring him back out onto the field.

Fittler was however very short and curt in his reply when asked about the incident after the game – offering a very short response along the lines of protocols having been followed.

New South Wales team doctor Nathan Gibbs has also in the meantime confirmed having cleared the Roosters captain to return to the field for the remainder of the game. Gibbs confirmed that Cordner had not only passed the initial examination and head injury assessment (HIA), but also that he’s been free of a concussion diagnosis ever since.

Not only is Cordner no longer likely to play Origin II, but also faces new questions regarding the status of his future in the game overall.