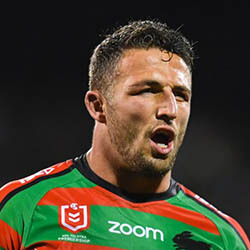 The NRL has reportedly declared itself ready to launch a thorough investigation into the allegations made against South Sydney and Sam Burgess. The latter is an ex-captain of the club.

Said allegations include some of a personal nature relevant to Burgess during his time spent playing for the South Sydney Rabbitohs, the most explosive of which relate to an alleged prescription for liquid valium written by the club’s own doctor. The prescription is rumoured to have been issued in the name of Burgess ex-father-in-law so as to avoid attracting unnecessary attention to the player’s at-the-time struggle with the use of illicit drugs. Burgess is furthermore also rumoured to have been shown guilty of domestic violence.

The information recently surfaced is all new to the NRL, said Chief Executive Andrew Abdo in a recent statement issued to the press. According to Abdo, this is significant in terms of mentioning because of the fact that none of the “new” allegations brought against Burgess and the team have yet been “tested”. The organisation will only be in possession of clarity once a comprehensive investigation into the legitimacy of the allegations has been concluded, explained the rugby boss.

Abdo did however add that whatever the outcome specific to Burgess’ case, rugby isn’t a game open to tolerating any form of abuse or violence against women. Any player or member of any franchise found guilty of the allegations currently circulating Burgess will be made subject to the strongest allowable action, stressed the NRL chief in charge.