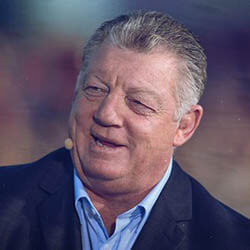 Rugby legend Phil Gould says he plans on spending every waking moment coming up with new ways in which to ensure the Warriors are bumped up into the number one position in world club rugby. This after Gould was confirmed as having been appointed to the position of consultant around the same time Nathan Brown was named New Zealand Warriors new coach come next season.

Gould managed to let on quite a bit regarding his new mandate, saying that his attention would be divided among the needs of the coaches, the needs pertaining to recruitment, and the commercial needs of the Warriors. His workload at any given time, stressed Gould, would involve satisfying whatever the need happened to be – in whichever area that need happened to be in.

The newly-appointed NZ Warriors consultant did however give way to the fact that the first year embodying his new position will in all likelihood be spent working out the best way out of the current global crisis. The unpredictable nature of the global health crisis, said Gould, referring mainly to travel restrictions and arrangements, has turned the entire journey into a game of wait-and-see.

What Phil Gould certainly is well-aware of is the importance of a club developing its own homegrown talent. This he learnt during his time spent at Penrith – time he spent developing and creating one of the strongest juniors programs ever to have come from the ranks of the NRL. And the results of which efforts we are currently witnessing in the form of a bulldozing Panthers squad.