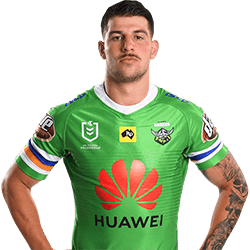 Canberra Raiders star Curtis Scott says he’s willing to settle out of court with police following his unlawful arrest on the Australia Day weekend. According to Scott’s legal team, he’s willing to accept $400,000 from New South Wales Police in order to put the debacle to bed.

Scott decided to take civil action against local law enforcement authorities after he was tasered, handcuffed and sprayed with capsicum after falling asleep under a tree in Moore Park. Initially arrested and charged with seven offenses – including assaulting two police officers – all charges were thrown out of court after camera footage captured by the officers who had made the arrest was viewed during Scott’s appearance.

Notwithstanding the fact that an official statement of claim will be filed by Scott’s legal team in January, the Raider is according to lawyer Sam Macedone prepared to settle outside of court should the mentioned amount in damages be offered in return.

Since the statement of claim will provide details on the economic damages suffered due to sponsorships lost during 2020, the physiological damages and trauma suffered, and also the extent to which the incident had hindered Scott’s performance on the field all throughout the 2020 season, Macedone said he believed the condition of settlement to be fair and reasonable.

Scott signed a 4-year contract with the Raiders after the 2019 season, and earlier this year opened up about how the support of such a “great team” had helped him make it through the ordeal.