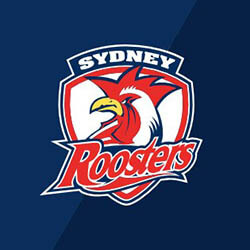 Roosters coach Trent Robinson says the drama surrounding ex-Broncos coach Anthony Siebold’s on-field performance aside, the rumours being spread about his (Siebold’s) personal life away from the field, is “disgraceful” and in seriously poor taste.

Robinson during an impromptu Q&A session with reporters ahead of Friday’s Roosters game against the Broncos said that the comments made about Siebold’s personal life were completely out of line as well as pushing the boundaries of common decency. Performance scrutiny on the field is perfectly normal, pointed out Robinson, but that doesn’t mean that the same applies away from the game.

The Roosters trainer dug his hatchet in a little closer to the bone when he elaborated some on the current state of affairs in local and international rugby, saying that 2020 is a year marked by not caring nearly as much about how ruby is and how it looks when played as what they do about the drama surrounding coaches and players. Clubs need to put a great deal more effort into developing their coaches and according to the Roosters coach, should offer support and not further criticism and scrutiny when things do happen to turn awry. Hapless hiring and firing, said Robinson, is a bad way of doing rugby.

Anthony Siebold is the fifth coach to be sacked by a domestic rugby club this season. The Bulldogs, Cowboys, Warriors and Dragons have all recently shown their coaches the door in an attempt to turn their respective fortunes around.