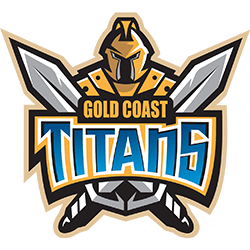 Senior club officials literally hiding away from the media. The shameless throwing of coach Justin Holbrook to the wolves. The arrest of a member of the club in a drug scandal. These comments are just some of what’s been hanging over the heads of the Gold Coast Titans following what’s been referred to as their cowardly handling of the arrest of assistant Michael Gordon.

What’s made the entire situation even more detestable in the eyes of the media, explained Channel 9’s Danny Weidler during a recent sports breakfast show, is that the Titans cannot even claim to have been taken by surprise by the Michael Gordon debacle. Former Titans coach Garth Brennan reportedly made no secret of the fact that he considered Gordon a bad bet, and part of a bad culture within the Titans camp.

Even though the Titans are limited in what they’re allowed to discuss with the media for at least as long as what the matter is before court, Weidler said he’s convinced they could have handled the matter in a much more professional way. Hiding from the media and hiding behind Holbrook aren’t examples of professional behaviour, said Weidler.

What the club did manage to do was to issue a cryptic and non-explanatory statement along the lines of the suspension of Gordon’s services until further notice and the club not being at liberty to make any further comments for as long as the matter was with the police and before the court.