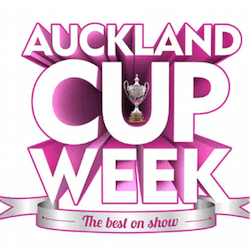 Australian online sports betting fans that enjoy racing should turn their eyes toward New Zealand as March approaches. The Auckland Cup Carnival from March 4 to 11, the country’s richest week of racing, will provide p
lenty of punting action in all three racing disciplines: Thoroughbred, Harness and Greyhound. Each code presents its own Auckland Cup after a feature race, with Greyhound racing completed on the Thursday, Harness on Friday and the Thoroughbred Auckland Cup run on the final Saturday of the Carnival.

To distinguish it from the multi-code Auckland Cup Carnival, the Thoroughbred events are generally referred to as Auckland Cup Week. This year, Auckland Cup Week kicks off at Ellerslie Racecourse with the traditional Derby Day on Saturday, March 04. It’s a glamorous affair for fashion fans and punters alike, and a 10-race card is topped by the Vodafone New Zealand Derby, a Group 1 set-weights handicap over 2,400m with a purse of NZ$1-million.

A week after Vodafone Derby Day, on Saturday March 11, Ellerslie hosts Barfoot & Thompson Auckland Cup Day; the climax of Auckland Cup Week. There are three worthwhile races on the card: the NZ$100,000 Group 2 Westbury Classic, and two Group 1 races with purses of NZ$200,000 each; the Sistema Stakes and the Bonecrusher New Zealand Stakes.

However, it is the feature race of the day that will draw in the celebrities, casual punters and serious betting fans alike. The 3,200m Auckland Cup, a Group 1 race with a purse of NZ$500,000, is loaded with the history and glamour of New Zealand racing going back more than a century. The Cup itself is a magnificent Victorian silver artefact; a trophy commissioned in 1889 by Queen Victoria from the Crown Jeweller and presented to Auckland Racing Club by club member Moss Davis in the 1930s.

With a range of hospitality options from stylish sophistication to casual fun, plus free parking, general admission at NZ$20 and children under 16 admitted free, the Auckland Cup rounds off Auckland Cup Week with a feast of entertainment for race-goers. Punters online may not get the on-course experience, but they can certainly join in on the betting action.