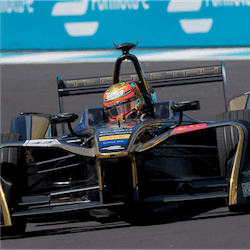 With the Mexico City Grand Prix on March 3, the 2017-18 Formula E series ticks off its fifth race of 12 for the season. It’s also a timely reminder to Aussie punters that change is a constant, and they may well be looking at the future of all motor racing.

The unique selling point of Formula E, of course, is that it’s restricted to electric cars – a series of E-Grands Prix, if you like. And one, day, hopefully, cars running on electricity stored in batteries really will be the sustainable norm throughout all motoring and motor racing – once we’ve adopted non-fossil fuel sources to generate that electricity in the first place.

But you eat an elephant one bite at a time, so making sure we have high-performance cars – and high-performance batteries – is one end of the clean energy cycle worth putting in place as a start, especially as sustainable generation technologies are catching up apace.

Will Electric Ever Be As Fast?

Right now, of course, there’s no contest. Even though commercial electric cars can be faster than many internal-combustion counterparts, in the high-tech world of racing, the Formula 1 cars are still at least 100kph faster than the best Formula E versions at top speed.

But that discrepancy is due to current limitations on batteries and motors, which in the latest, purpose-designed single-seater electric race-cars, can deliver around 200kW of power. That’s nothing compared to the average 750kW put out by F1 engines, but electric cars also make design innovations to translate less power into faster speeds.

CEO of the Formula E Series, Alejandro Agag, recently told reporters that the next generation of Formula E cars was already on its way from the drawing board into production, and the new machines were expected to deliver 250kW of power.

The next focus would be on changing battery shapes and designs to give more efficient trade-offs between weight, shape and capacity, which should deliver even more power.

For an industry as young as it is, electric vehicle innovation is happening at an increasing pace, and it won’t be too many years, we reckon, before the cars on the Formula E circuit can rival their fuel-burning counterparts.