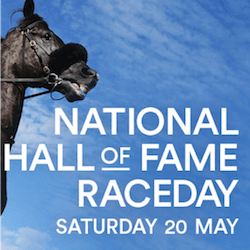 In the world of Australian horseracing, induction into the Racing Hall of Fame is one of the highest accolades achievable. It is only fitting then that a day of racing be held to honour the roll of inductees as well as those jockeys and horses who have been newly nominated. On the 20th of May, racing enthusiasts, punters and members of the racing industry will gather at Flemington Racecourse to celebrate the achievements of racing greats and to enjoy a full day of thoroughbred racing.

Established by the Australian Racing Museum, the Racing Hall of Fame was set up in 2001 with the purpose of honouring the greats of the industry. Some of the first Hall of Fame inductees include all-time greats such as Chester Manifold, Tommy Smith, George Moor, Kingston Town, Cabrine and Colin Hays. The first inductee to be elevated to the status of legend was Phar Lap in 2007. Bart Cummings followed shortly after in 2008 followed by Scobie Breasly.

A Day of Racing Action

Recent legends include Makybe Diva (2010), TJ Smith (2012), Cabine (2013) and George Moore (2015). There are five main categories for the Racing Hall of Fame including Horses, Jockey’s, trainers, associates and legends. This year, Flemington Racecourse will host a full day racing event in honour of these racing greats. The National Hall of Fame Race Day will be held on Saturday the 20th of March. The event will be held at Flemington Racecourse with a nine-race-card line-up as well as plenty of off-track action.

One of the highlights of the day will be the Living Legends feature where Might & Power and Efficient will be parading about for guests to see. In terms of racing, the feature race of the day will be the 3200m Andrew Ramsden Stakes. Last year the $200,000 race was won by Darren Weir-trained Glorious Sinndar.

Sitting at odds of $5.50, Glorious Sinndar won the race in a faster time than the previous year’s Melbourne Cup, which was run on the same conditions, over the same distance and at the same track. Getting things underway at 11:45am will be the first race of the day, the 1400m Super Vobis Two-Years-Old Plate. Six races will follow until the final feature race, the Andrew Ramsden Stakes which closes off proceedings.