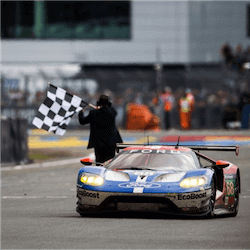 Australian motorsport punters get plenty of intense, high-speed action in their online betting options, thanks to the Formula 1 Championship, but endurance fans aren’t neglected either. This weekend’s 2017 FIA World Endurance Championship action at the 6 Hours of Spa-Francorchamps in Belgium will be popular, but it is followed by an endurance racing legend that will attract even more betting.

This year marks the 85th edition of the 24 Hours of Le Mans, arguably the most iconic automobile endurance race in the world. The 6 Hours of Spa gives punters one last chance to weigh up drivers and cars and pick a team to back at Le Mans on 17-18 June.

At the time of writing, before the start of the Spa race, TDS Racing’s Ben Hanley was a talking point. The British driver replaces injured Matthieu Vaxiviere in TDS’ LMP2 cockpit in a surprise early WEC debut, and a good start at Spa will make him a better bet for the 24 Hours of Le Mans.

The team punters will seriously want to consider for the 24 Hours, however, is Toyota. They suffered a heart-breaking disappointment last year. After running smoothly throughout the race and looking like they were cruising to victory, a failed connector to the turbocharger caused power loss in the final lap, and they saw victory snatched by Porsche.

The Porsche team will once again be strong contenders at Le Mans in the LMP1 category, but Toyota is looking hungry for revenge. Toyota’s #8 TS050 won a narrow LMP1 victory over Porsche in Round 1 of the 2017 WEC: the 6 Hours of Silverstone, on 16 April.

Not even a crash in the team’s other TS050 by Toyota driver Jose Maria Lopez that saw him briefly hospitalised but uninjured could crush Toyota’s spirit. The team managed to get the front end and suspension repaired in less than two hours, allowing replacement driver Mike Conway to get back out and actually finish the race.

It looks like the Toyota/Porsche rivalry will be a big feature of the 2017 WEC, so their respective performances at Spa will give betting fans more to consider before they place their Le Mans bets.