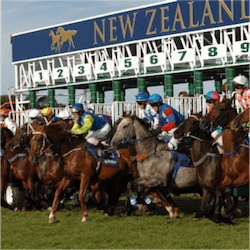 The main event of the day is the Group 1 Vodafone New Zealand Derby and boasts a massive $1,000,000 purse. Punters can rest assured that the big guns will indeed be rolled out for this intense contest, which is all the more reason to keep updated with the chosen field as the date draws nearer.

As well as hosting one of the most fashionable race day events of the year, the Vodafone New Zealand Derby will also have 9 other races on the day with plenty of action for everyone to get in on. As with all annual build ups of this nature, be sure to check back in with us as the field of contenders starts to assemble closer to the day.

This historic 3200m race is set to fire up on the 11th of March 2017 and is set to host a formidable field of competitors. The race was first run back in 1874 with the Auckland Cup itself having been commissioned 15 years later by none other than Queen Victoria in 1889. It is with this trophy that punters identify the prestige and heritage of this event, and for all other casual observers, the $500,00 purse serves as a firm indicator.

Other races on the day will include the Group 1 Sistema Stakes with its $200,000 purse and 1200m distance along with the Bonecrusher New Zealand Stakes which boasts a $200,000 purse of its own. Of the Sistema Stakes, trainer Jamie Richards is said to have quite the decision to make come race day as he has at his disposal current on form filly, Opie. Erring on the site of caution, Richards may decide to wait for things to calm down before committing the filly for the event as she has had some great finishes of late. The Group 2 Westbury Classic is certainly no slouch either and will house a $100,000 prize pool and is expected to produce some great race day fun.