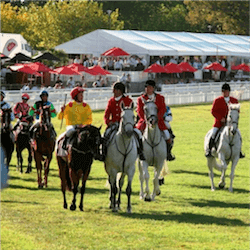 Over in New Zealand, Auckland and Wellington will always be locked in a wrangle over which city’s annual racing Cup Week is the nation’s most prestigious, but Australian racing punters with no dog in the fight can enjoy excellent betting action on both. Auckland Cup Week, this year running from March 04-11, certainly has its fans, because the thoroughbred Auckland Cup is also joined by an Auckland Cup in harness racing and another in greyhound racing.

Together, these three events make up the Auckland Cup Carnival, while Auckland Cup Week is generally used to refer specifically to the thoroughbred flat racing at Ellerslie Racecourse. Even without the other two disciplines, this week would be worth the attention of Australian betting fans, as it starts and ends with two of New Zealand’s most prestigious races: the New Zealand Derby and the Auckland Cup.

Vodafone New Zealand Derby Day, scheduled this year for March 04, is considered the most glamorous day of the year at Ellerslie. It’s as much a fashion show as a premier racing social event, climaxing in the Vodafone New Zealand Derby. With a purse of NZ$1-million, this Group 1 set-weights handicap run over 2,400m is sure to attract some exciting betting.

The second Saturday in March is Auckland Cup Day; the climax of Auckland Cup Week. The 3,200m Auckland Cup is one of the most celebrated stayer races in New Zealand thoroughbred lore; a reputation enhanced by the Cup’s magnificent Victorian silver trophy, commissioned by Queen Victoria herself from the UK’s Crown Jeweller more than 100 years ago. The Group 1 race offers a purse of NZ$500,000, and it is expected that this year will see another top-quality field.

There are three other races on the card for March 11 that Australian betting fans may also want to take a close look at: two Group 1 races with purses of NZ$200,000 each, namely the Bonecrusher New Zealand Stakes and the Sistema Stakes; and the NZ$100,000 Group 2 Westbury Classic. General admission to Ellerslie on Auckland Cup Day is NZ$20, with free entrance for under-16s, so the day promises to be a genuine family affair.

There are plenty of hospitality alternatives to suit all tastes and pockets, along with on-course entertainment. Best of all, keen horseracing punters will be able to get in on the betting action online, from anywhere in the world.