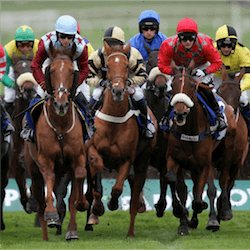 Most betting fans in Australia and New Zealand are always ready to take a punt on flat racing, but in both countries, harness racing doesn’t draw quite the same level of engagement. That said, there may well be betting enthusiasts having a flutter on harness racing for the first time this Sunday, as it’s the sport’s biggest event of the year: Breeders Crown Day at Tabcorp Park Melton in Melbourne.

With total prize money for the day at $1.3-million, it is currently the richest race day in all of Australasia, bringing punters the finals in all divisions of the annual Breeders Crown Series. It will, of course, lose that ‘richest’ title in October, when The Everest is run for a purse of $10-million, but it’s sure to remain the premier harness racing event on the calendar.

Harness racing, for punters new to it, is divided into trot and pace divisions. At Breeders Crown Day, horses also race according to age and sex. With trotting and pace races for 2yo fillies, 2yo colts and geldings, 3yo fillies and 3yo colts and geldings, there will be eight races on Sunday that punters will want to try their luck on.

The 2017 Breeders Crown 3yo Fillies, the pace event, is going to be worth a bet. As the name Breeders Crown implies, it is also a good showcase at which punters can pick out the future dams of potential champions.

For Sunday’s race, Petacular is the odds-on $0.40 favourite, followed by Partyon at $2.70. Better B Chevron, although third in the odds on $7.00, is rising in the betting, and may offer a strong challenge. My Casino Belle is at $12.00, with the other nine fillies in the field outsiders at $25.00 and up.

Later in the day, punters can bet on the more sedately paced trotting 3yo fillies final. It has attracted a field of 13. Topping the betting is Dance Craze at $0.55, followed by Une Belle Allure at $2.00.