Doomben Cup Racing Highlight in May 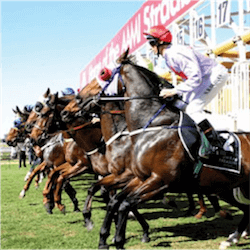 Doomben Cup Tests Stayers on 20 May

With its Group 1 status and total purse of $650,000, the 2000m Doomben Cup has eclipsed the 2400m Brisbane Cup as Queensland’s premier race for stayers. Despite its more challenging length, the Eagle Farm race has a purse of $300,000 and is in Group 2, so Doomben Racecourse can justifiably claim to host one of the jewels in the Queensland Winter Racing Carnival.

This year’s Doomben Cup, a weight-for-age race for three-year-olds and older, will be run on 20 May at the Brisbane track. With many of Australia’s top stayers finishing off their autumn seasons in Sydney this weekend, and the Winter Racing Carnivals kicking off in Brisbane, Perth and Adelaide, Australian racing punters will be keeping a close eye on the form in various longer races, to identify the contenders once the Doomben Cup field is announced.

The Hollindale Stakes at Gold Coast Racecourse on 6 May could be a revealing contest. It has been just over a year since 4-year-old mare Single Gaze suffered a fall in the 2016 Australian Oaks at Randwick, injuring the horse and landing jockey Kathy O’Hara in hospital.

The disaster came just a week after the pair’s first Group 1 win, in the 2016 Vinery Stud Stakes over 2000m at Rosehill, and resulted in months of recovery and rehabilitation for both horse and rider. O’Hara and Single Gaze returned at Rosehill in February, and their win at Doomben on 17 April in the 1600m Mandate Tails Quality, their fourth race since resuming, announced that the duo is ready to challenge in the stayers’ races.

Single Gaze is now settled in for the winter in Queensland, so her performance over 1800m in the Hollindale Stakes will reveal whether O’Hara’s prediction that she will do even better over longer distances is correct. If she wins in Surfer’s Paradise, she will definitely be worth a punt for the Doomben Cup.