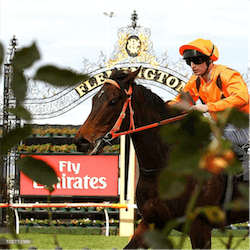 The onset of winter may have thinned the racing calendar in Victoria somewhat, as the high-profile meetings move to warmer spots, but Melbournians and Australia’s online betting fans still have enough off-season action ahead to keep them happy. Both Flemington and Caulfield still have some entertaining meetings scheduled.

Saturday, 8 July sees Flemington Finals Raceday at the famed Melbourne track, with all nine races on the card a racing series final. They cover a wide range of divisions and distances, so punters can expect to see some of the season’s top gallopers engaged in some intense contests.

The fifth race on the Flemington Finals Raceday card is the 1200m All Victorian Sprint Series Final, an open handicap with a purse of $150,000. It’s limited to a field of 20, and should see some young up-and-coming sprinters pitted against a few established sprint champions.

It’s the perfect distance for a sprint at Flemington, because 1200m is the length of the track’s legendary Straight Six: six furlongs, dead straight. So the All Victorian Sprint Series Final will be a pure test of speed and agility, with no time for racing gamesmanship on any turns.

Race Six on Flemington Finals Raceday should also attract heavy betting: the VRC-CRV Winter Championship Series Final. It will be run over 1600 metres, for a purse of $152,000. The one-miler is nicely poised between sprinters and stayers, so this could be one of the races that produce the most excitement on the day.