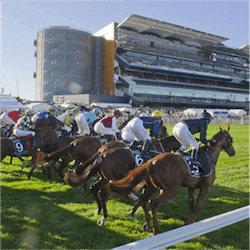 Stiff Competition At The Sydney Cup

Panglai Pavillion may be the horse to cause an upset at the Sydney Cup this year.

This consistent racer has gone relatively unnoticed in this year’s event but trainers Charlie Appleby and James Ferguson is looking forward to testing his horse’s mettle at this year’s Sydney Cup.

The Staying Power Of Panglai Pavilion

They have praised Panglai Pavilion’s staying power and mentality to their previous two champions, Qewy and Francis of Assisi.

They also have a second horse running by the name of Polarisation that both trainers have told punters not to rule out. Polarisation was left out of the Chairman’s Handicap but this was only due to a superficial leg injury. He will be making his return at the Sydney Cup.

The trainers are not too concerned that Pavilion will be running fresh. They say he comes to hand in a very quick fashion so he may yet surprise the rest of the field.

They believe that the stamina their horses display will once again count in their favour just like in last year’s Sydney Cup.

Panglai Pavilion and Polarisation have been drawn for barrier 6 and 11. At the moment the Sydney Cup favourite amongst punters and bookmakers is the powerful Big Duke that is starting from barrier 5.

He will provide more than enough pressure for Panglai Pavilion, Polarisation and the rest of the field. They will be ridden by Kerrin McEvoy and Corey Brown respectively.

There is allot of expectations n these two horses also in part due to Charlie Appleby’s previous horse, The Gold Trail, a short priced favourite, having broken down after the finish of his last race. This caused rider Craig Williams to suffer a concussion. Williams now returns to race on the Sydney Cup favourite, Big Duke.

Another optimistic racer is John O’Shea’s Tally who will be competing at the Sydney Cup after a Mornington Cup win in its last start. Tally however is just above Panglai Pavilion and Polarisation in the stakes.

Big Duke’s Manion Cup and Chairman’s Handicap wins still make him out as the clear favourite still. This is even with his 58kg weight and the potentially wet track conditions. According o his trainer, he absolutely loves the wet track, which may well spell trouble for many competitors.