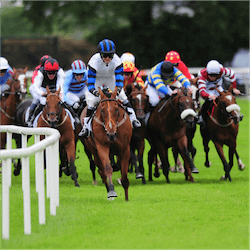 Horse racing powerhouse Turn Me Loose is set for back to back wins when he takes part in the Futurity Stakes on the 25th of February. He has already won multiple Group 1 events and his trainer Murray Baker feels Turn Me Loose can only get better.

Murray feels that he is better suited to the 1400m events but they must also compete in the 1200m events like the Australia Stakes.

After The Australia Stakes, Turn Me Loose will be competing at the C.F Orr Stakes on the 11th of February. His trainer is glad that as a Melbourne owned horse, he will be able to race in his hometown. He stated that he hopes that Turn Me Loose still has some gas left in his tank after 17 starts so far.

Previous victories for Turn Me Loose include a group 1 win at the Emirates Stakes in 2015.

The Blue Diamond Stakes have released their shortlist of 79 juvenile horses that will be forming the third acceptors for the Stakes. Currently there is a very strong line-up of impressive horses. Favourites at the moment include Pariah from the Peter and Paul Snowden camp.

From Lindsey Park’s stable fans are eyeing Catchy, Tulip and Formality, but this is only a small selection of his 13 entered horses.

At the Oakleigh Plate, racing fans are looking towards favourites Fell Swoop and Faatinah to bring some excitement to the proceedings.

Faatinah has had amazing success in Spring when he won the Bobbie Lewis Quality and won a placement in the Caulfield Sprint. He currently carries a handicap of 60kg but it is well earned.

Faatinah is also so far unbeaten in his first three first-up races. He also had a great performance at the jumpouts in Flemington. If he can get away with a lightweight handicap at the Oakleigh Plate, or even the New Market handicap, there could be a lot of success for Faatinah this year.

Another great performer at the previous Oakleigh Plate events, Fell Swoop, may be walking away with the $500 000 prize this year. He finished a close second in the 2016 Plate, losing by only 1/10th of a length.