Lightning Stakes Almost Out The Gates 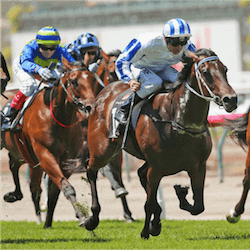 The Black Caviar Lightning Stakes will be run on February the 18th 2017 at Flemington during the Autumn Carnival. There are some strong contenders to be on the lookout for this year with the likes of Illustrious Lad and Spieth definitely such examples to keep an eye out for on race day, the former just coming off a fantastic spell where the gelding failed to place worse than second in the recent Spring Carnival and managed an almost two length defeat in the Salinger Stakes.

Additionally, Illustrious Lad won the 1000m Listed WH Wylie Handicap back in September 2016 and ran a second place in the Listed Caulfield Village Stakes in the same year. Spieth on the other hand has been charging through with some results of his own, coming in a close second in the Group 1 Darley Classic at Flemington in November of last year in the 1200m race.

With an event such as this it is always a good idea to look out for a sprinter with straight track and that their first-up form as the course is dead straight and only 1000m in length.

The Group 1 Lightning Stakes is almost here again and the weight-for-age 1000m race at Flemington Racecourse promises to be a real treat with over AUD $750,000 in total prize money up for grabs. The famous Flemington straight is looking ready to facilitate yet another adrenaline fuelled race for both punter and rider come 18th February.

Even more exciting is the fact that the spread of winners ranges across colts, entires, mares and geldings, although thanks to Black Caviar the event saw a boost in the victory ratio of mares from 2011 – 2016 as she won 3 of these events. So good in fact was her record at this event that she was honoured with the distinction of having the race named after her.

Be sure to check back with us as things start to heat up to ensure you are kept in the know with Australian Sports Betting.