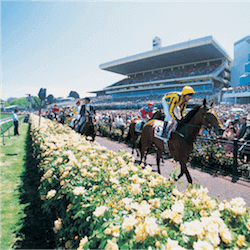 Australian betting fans with a penchant for thoroughbreds are turning their attention to the new season about to start. The 2017-18 racing year will be ushered in by the Melbourne Spring Racing Carnival: 50 glorious days of racing, featuring some of Australia’s most iconic races, scattered from August to November.

The action jumps off at National Jockey Celebration Day at Flemington on 5 August, with the 1200m Group 3 Aurie’s Star Handicap, the first group race of the season. The first Group 1 race of spring will be at Caulfield on 2 September: the 1400m weight-for-age Memsie Stakes. It always attracts a high-quality field, so expect plenty of black type stars worth a punt.

Mornington gets in on the action with the MRC Members Raceday on 13 September, and punters can enjoy the Spring Classics Preview Day at Flemington two weeks later. Moonee Valley will be testing the sprinters again on 29 September, with the 1000m Group 1 Charter Keck Cramer Moir Stakes.

Moonee Valley and Flemington both have loads of good racing in October, including the Group 1 2040m WS Cox Plate at Moonee Valley on the 27th. However, the highlights of the month will be Caulfield’s Blue Sapphire Stakes Day on the 18th, followed by the Group 1 Caulfield Cup three days later. The earlier of the two great Cups held during the Melbourne Spring Racing Carnival, the Caulfield Cup is always a good test for stayers over 2400m, or a mile-and-a-half.

All this racing is building up to the climax of the Melbourne Spring Racing Carnival: Melbourne Cup Week. Starting on Saturday, 4 November with Victoria Derby Day, the Melbourne Cup Carnival then features the eponymous Cup Day on Tuesday, 7 November, and rounds off the week with VRC Oaks Day on Thursday, and Saturday’s Emirates Stakes Day. Get your bets in online at Crownbet and see if you can back a winner in this years races.

It’s Tuesday’s Group 1 Melbourne Cup that will command most of the attention, though. At 3200m or two miles, it’s considered one of the most gruelling stayers’ races in the world. For punters who still aren’t sated on the Melbourne Spring Racing Carnival after that, there is still the Group 2 Sandown Classic over 2400m on 18 November at Sandown racecourse to look forward to.